Government Spokesman Cyrus Oguna has finally admitted that he has been hospitalized at a Nairobi Hospital after contracting Covid19.

Oguna announced this on twitter urging Kenyans to take extra precautions amidst increasing numbers in the country.
“Recently, having come from an assignment outside town, I developed mild coronavirus related symptoms & got tested” 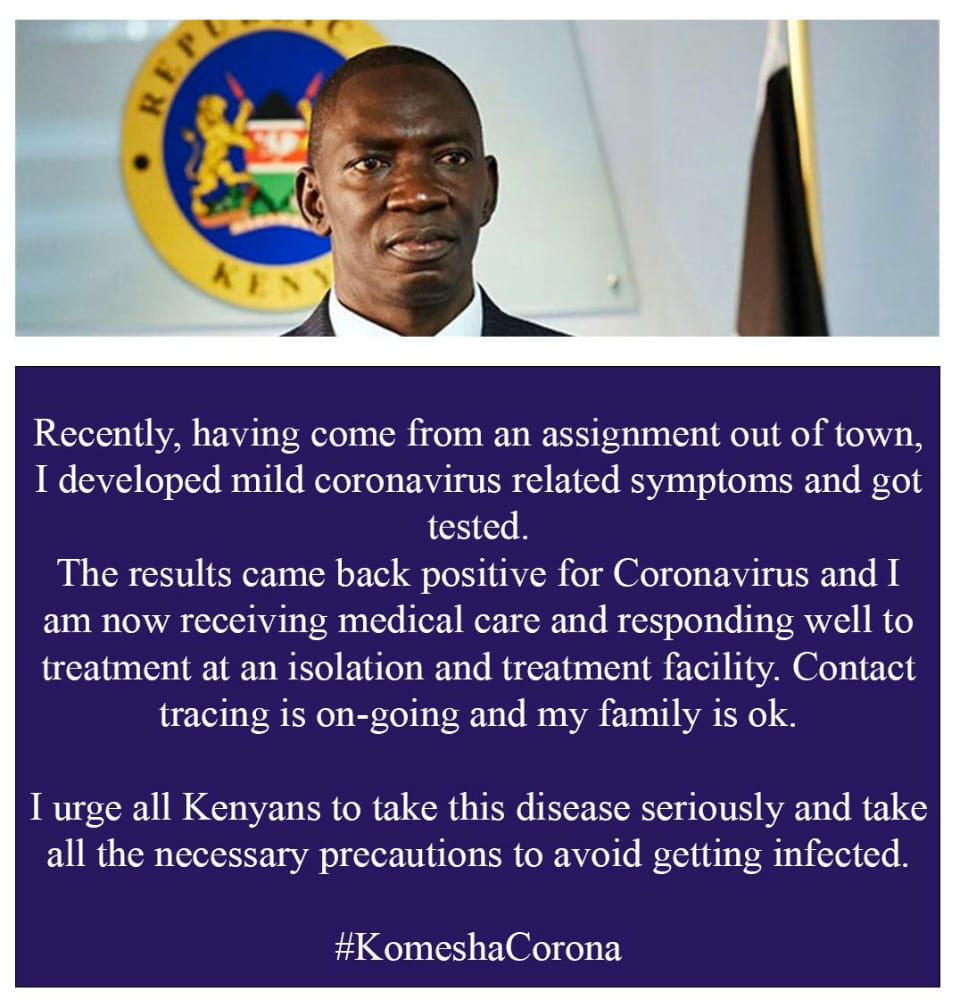 The Retired Colonel on Sunday rubbished claims that insinuated he had been hospitalized.

“We have noted reports on social media purporting that I have been admitted to the hospital. I wish to clarify that I am well and just got back from an assignment out of town,” Oguna said on Twitter.

This comes hours after interior Cabinet secretary Fred Matiang’i denied reports that he has been hospitalized over the same disease.

“To all members of the public, please disregard the fake news and misinformation being spread on various outlets that CS Fred Matiang’i is hospitalized. The claims are completely untrue,” the interior ministry wrote on Twitter.

By By Protus Otieno