Elgeyo Marakwet senator Kipchumba Murkomen is undoubtedly one of the best brains the Nairobi Univesity has ever produced.

Murkomen, an alumnus of Nairobi University, in an interview with comedian Felix Odiwour, alias Jalang’o, announced he married his classmate of Nairobi university. He similarly thanked his wife for sending him fare when he ran broke.

The vibrant senator on Thursday evening posted on twitter a past photo of him while at the supreme court. The young Murkomen, as seen in the photo, was wearing an oversized coat, but to fashion and modernity that changed this.

If there is anything JP should have launched on Delivery portal ,that’s You Kip,cant understand why they missed. Mungu Mwema!

You were indeed in search of Knowledge and Truth 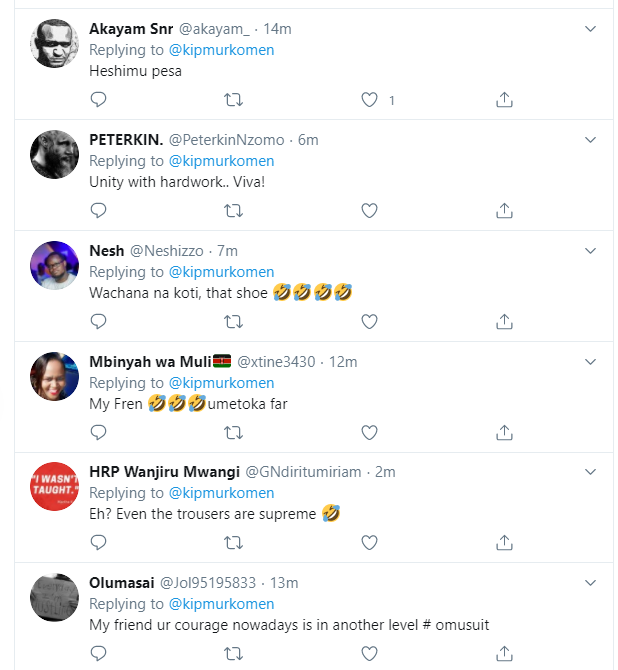