Milele Fm sports Journalist Vincent Voiyoh has been robbed of his valuables this morning while heading to work.

The journalist took to Facebook to warn his friends and fans not to call his phone as burglars have it.

“Hello, I have been robbed at gunpoint this morning. God is good am safe but offline till further notice. Msipge simu wala kutuma pesa.(Don’t call or send money )”

The budding reporter joined Milele Fm from Qwetu radio that was rebranded. Trace East Africa, which recently acquired a majority stake in Qwetu Media Services renamed Qwetu Radio and turned it into an English language station.

Before it’s closure, Journalist Voiyoh was hosting the station’s drive show alongside Awinja of Papa shirandula. 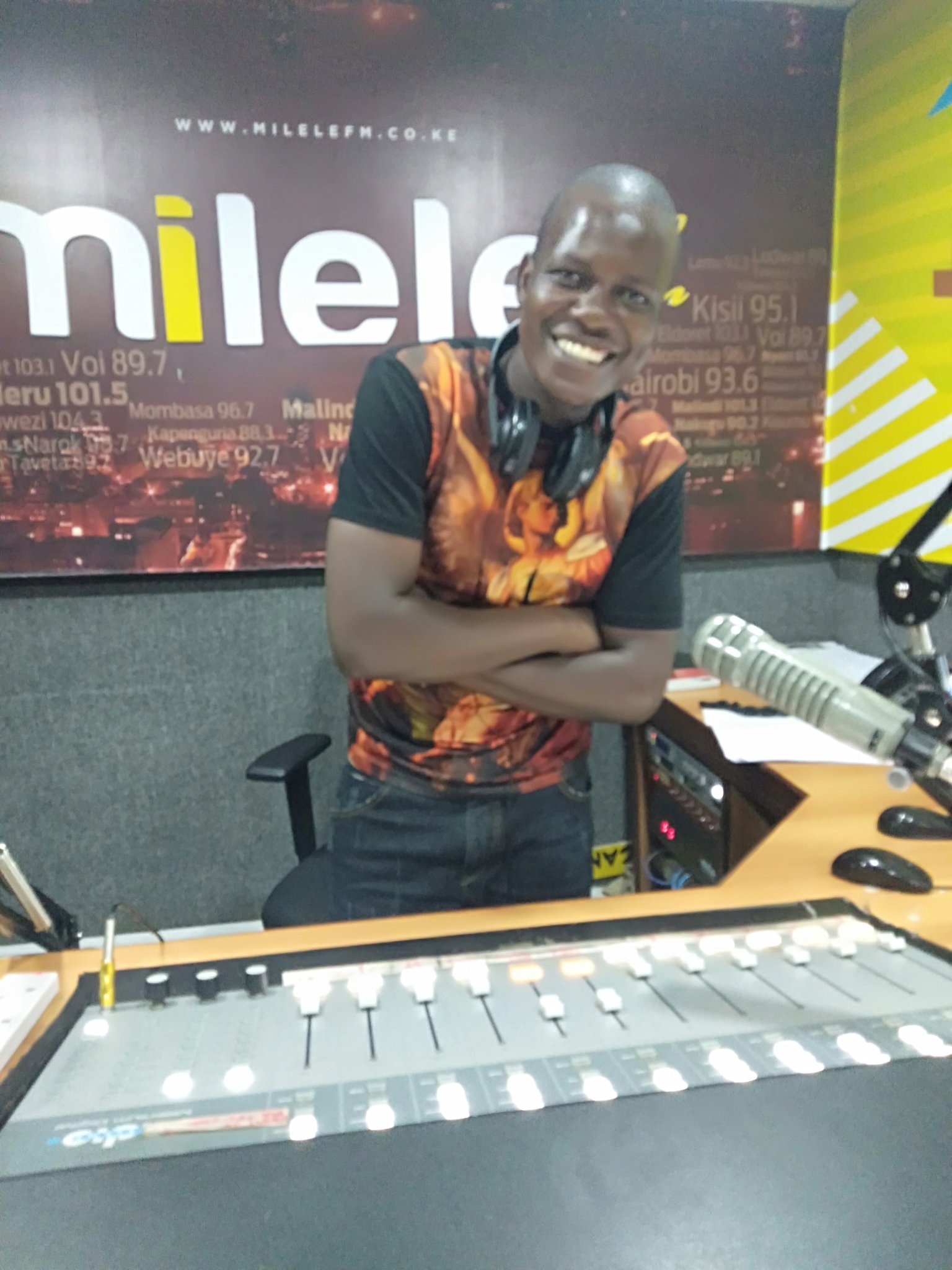 A past Photo of Vincent Voiyoh in Studio (Photo Courtesy)

Voiyoh currently handles the sports desk at the MediaMax owned station. He as well makes appearances at K24 in the same capacity. Before it was bought out by Trace East Africa, Qwetu Radio was popular for its Rhumba music.