Tuesday’s developments at Raila Odinga’s Capitol Hill office prove that could not be further from the truth.

Odinga trooped to Twitter to announce that he met the former Gatanga legislator and Sabaoti member of parliament Caleb Amisi.

The details of the meeting were not made public. However, in 2022 succession politics can not be ruled out. 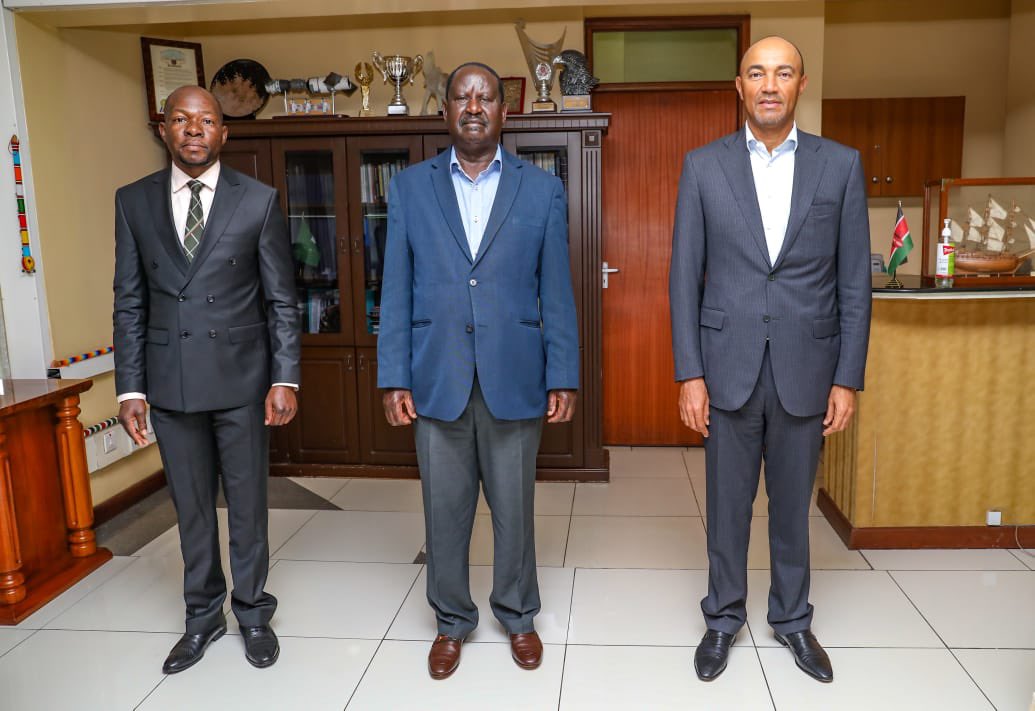 “In the history of nations, there come moments that require reflection, a robust exchange of ideas and experiences, and consensus-building to find common ground,” said Odinga.

Kenneth is battling other political heavyweights from central Kenya to be the flagbearer come to the 2022 general election.

Kenneth has emerged as a darling to many BBI lovers who are siding with president Uhuru Kenyatta. Recently, the former Kenya-Re boss met COTU Secretary General Francis Atwoli at his Kajiado home to discuss 2022 politics.