Orange Democratic Movement (ODM) leader Raila Odinga, in a show of contempt to Deputy President William Ruto, has asked for a quick audit for covid19 funds to ascertain whether they were stolen as alleged.

Mr. Odinga, through social media, on Monday announced he would not join the bandwagon of people calling for the resignation of those purported to have involved in the graft.

As matters stand now, none of the people taking to the podium or social media to condemn theft of funds has any evidence. The so-called condemnations of theft could well be part of a cover-up. 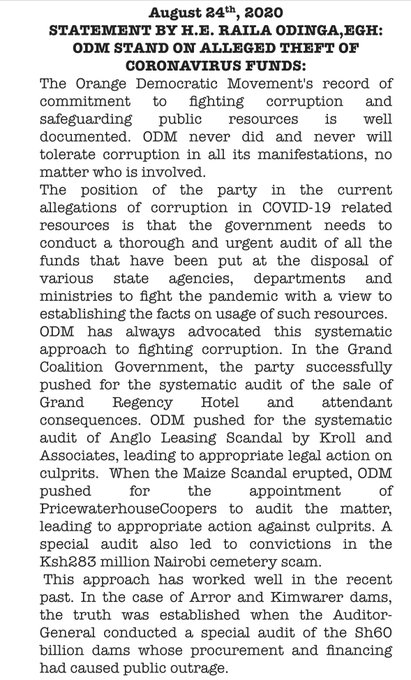 According to Odinga, a thorough audit report by the auditor general would prove the allegations raised by politicians in the country. 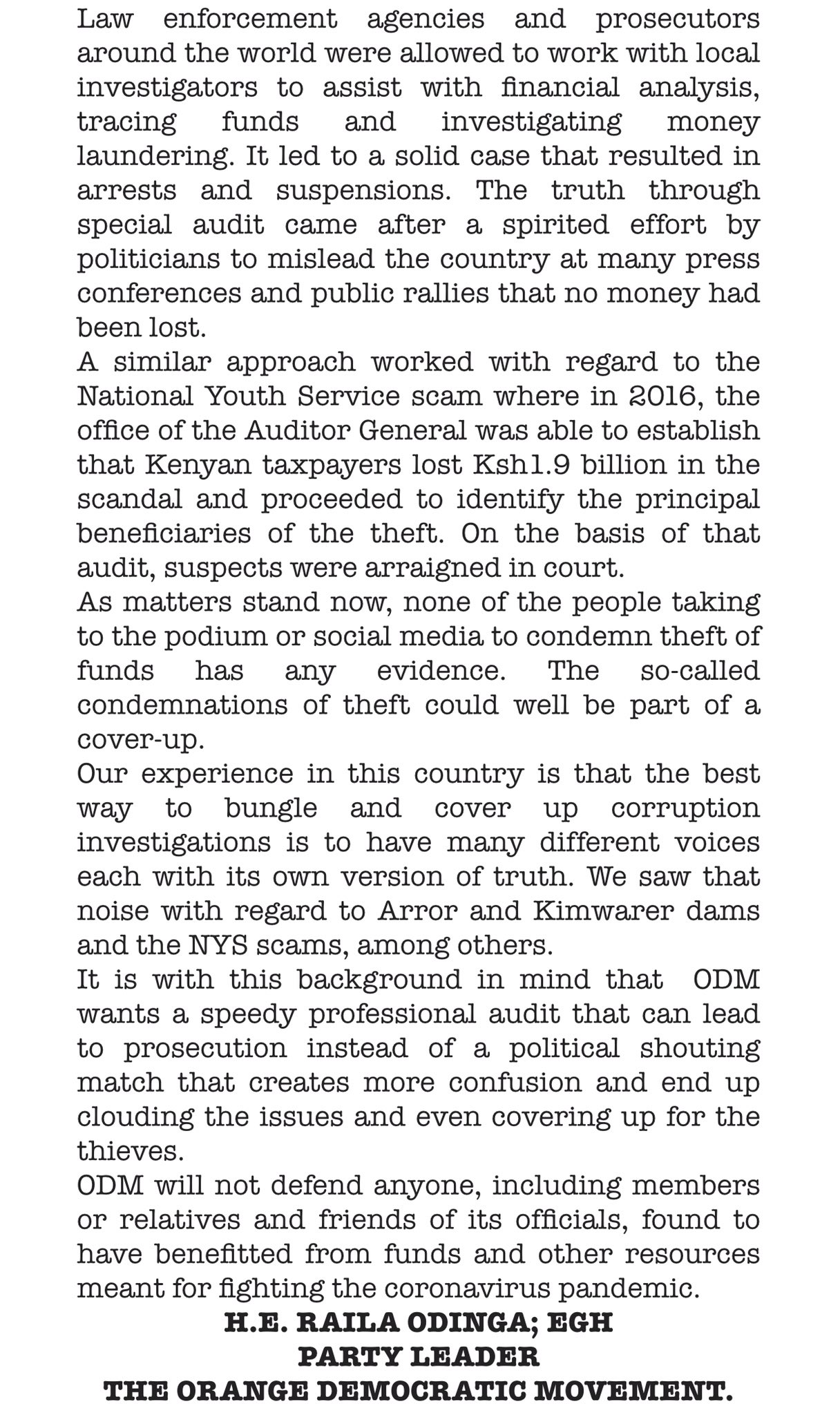 His sentiments come days after deputy president William Ruto blamed ODM for defending the loss of funds at the expense of Kenyans.

The pretentious (former) Opposition, now turned Lords of corruption, attempted defense of the Covid19 grand larceny is not shocking.

Larry Madowo Back in Nairobi for CNN