This is the Most Popular Gospel Radio Program in Kenya

Milele FM’s Sunday Gospel show dubbed Milele Gospel Sunday is undoubtedly the most listened to. This is according to a social media analysis done by this author.

A look at Facebook posts by giant radio stations in the country reveals how presenter Evah Mwalili of Milele FM will make rivals go to the drawing board to strategize on how to beat her. 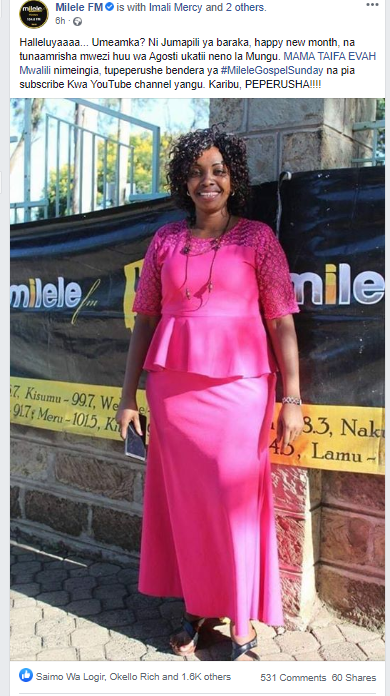 Pundits will argue that the legendary Joyce Gituro of radio Jambo is the presenter to watch.however, she has not proved this. Radio Jambo’s update of Gituro in-studio attracted 438 likes by Sunday midday, Not even half of what Evah Mwalili received. 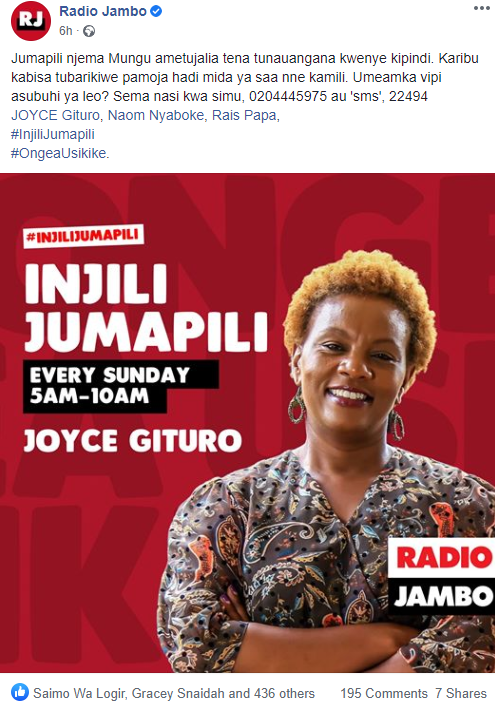 Joyce joined Radio Jambo recently after 1 year of hustle and bustle. She resigned from Media max after falling out with his bosses on how to run radio stations at DSM place. She is a proponent of radio stations doing roadshows to attract more listeners. Sources hinted that her bosses termed that to be an extravagance. She quit in 2019 before joining Radio Jambo last month.

At SK Macharia’s owned station, radio citizen, things are not that bad after Syombua Osiany was shown the door. Radio Citizen Boss Jeridah Andayi took over. An update of the program attracted 828 likes on Facebook with 330 people commenting. 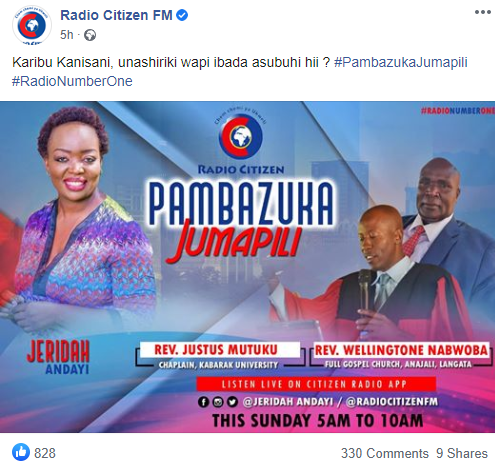